Famous Shakti Peeth Around Shantiniketan You Must Visit – panthashala

Shantiniketan is one of the favourite weekend destinations for Bengalis. It is the place where Nobel Laureate Rabindranath Tagore spent most of his life and left a legacy of culture, art and literature behind. Tourists across the world come here mainly for a cultural trip that includes visiting the Visva Bharati University campus, strolling along the Kopai River, shopping from the Sonajhurir Haat or listening to Baul music. However, there are many temples in and around Shantiniketan that attract a good amount of tourists. If you are a spiritual person and love visiting temples, eager to know about their significance and explore different architecture – this blog is for you.

According to Indian Mythology, Shakti Peethas are the places where parts of Sati’s body fell on Earth. Devi Sati self-immolated herself outraged at Daksha’s insult of Shiva. When learnt about the incident, angry and desolated Shiva started ‘Thandava Nritya’ carrying the remains of Sati’s body to destroy the Universe. It is when Lord Vishnu decided to scatter the body in different corners of the Indian subcontinent with his ‘Sudarshan Chakra’ to stop Shiva and save the universe. The body parts fell on Earth became significant shrines and pilgrimage destinations which are known as Shakti Peethas.

Panthashala is one of the most sought after resorts near Shantiniketan where you can stay in super deluxe rooms and take advantage of the packaged tour they offer to explore Shantiniketan and beyond. The Shakti Peethas and the stories attached to them will surely make your heart fill with peace and positive vibes. 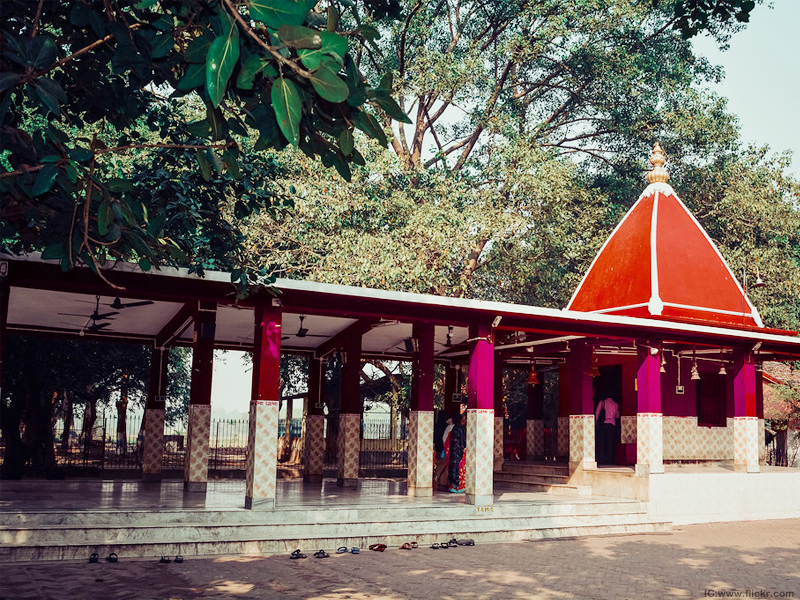 Kankalitala is one of the fifty-one Shakti Peethas of the country located about 8 kms Northeast of Shantiniketan town in Bolpur. It is believed that the waist of Sati (kankhal) had fallen at Kankalitala which became a Shakti Peeth where devotees from far-flung areas visit to offer their prayers. Goddess Parvati, the Goddess of Shakti is the residing deity of this temple. People also come here to attend the fair held every year on the last day of Bengali month Chaitra.

Fullara Devi Temple is another Shakti Peeth situated in Labhpur, by the banks of River Ishani. It is also known as Attahash Shakti Peeth where it is said that the “Lower Lip” of Maa Sati fell. Instead of a traditional idol, a stone of around 15 feet, symbolizing the lower lip of Shakti is admired by the disciples. Maa Fullara and Lord Vishwesh Bhairav are worshipped here. There was a natural pond by the side of the idol. It is also believed that Prabhu Hanuman collected 108 blue lotuses from this pond that Shree Ram required to worship Devi Durga. 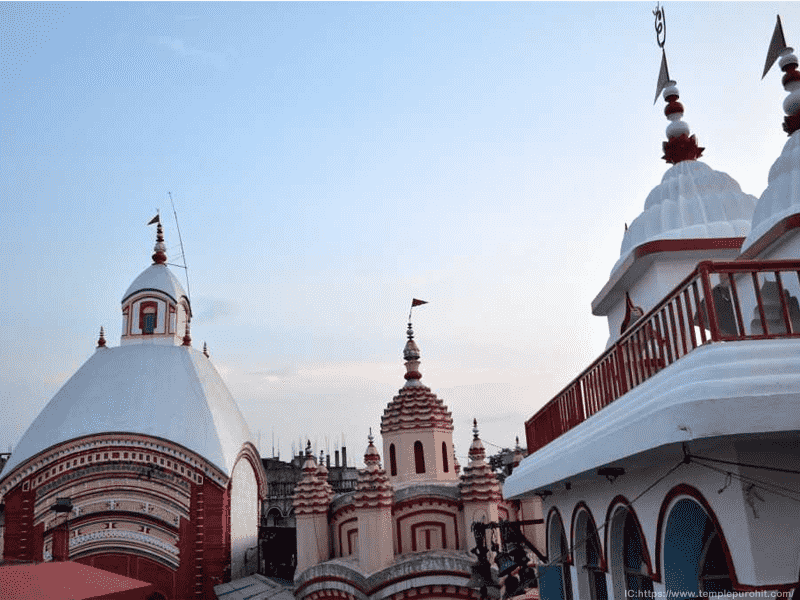 Tarapith temple is an ancient temple which is considered an exceptionally auspicious place by Hindus. Situated on the banks of the river Dwarka that flows through Birbhum, it is one of the Maha Peethas where the eyeball of Devi Sati fell. Goddess Tara, a fearsome incarnation of the Divine Mother is worshipped here. The temple is built with marble and thick walls, made of red brick. Its four sides are capped by a curved roof called the Dochala. Tarapith is also known as a haven for conducting Tantric rituals that attract devotees desirous of boons and miracles for decades now. 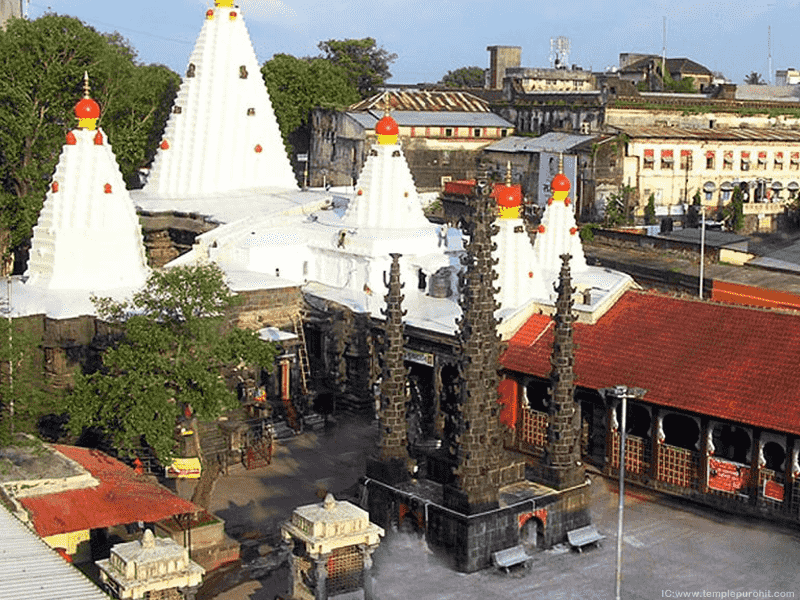 Bakreshwar is a popular pilgrimage destination which is famous for its Bakreswar temple where lord Bakranath (Shiva) and Goddess Kali are worshipped. It is too one of the Shakti Peethas where the forehead and brows of Goddess Sati fell. It is also a place of geological interest for its several hot springs which has varying temperatures. Devotees believe that the water of these springs have healing properties and often seen dipping their hands and feet into the water just to absorb the healing divine energies. Owing to its sacredness, many people attend the fair that is held every year on the day of Shiva-Ratri. 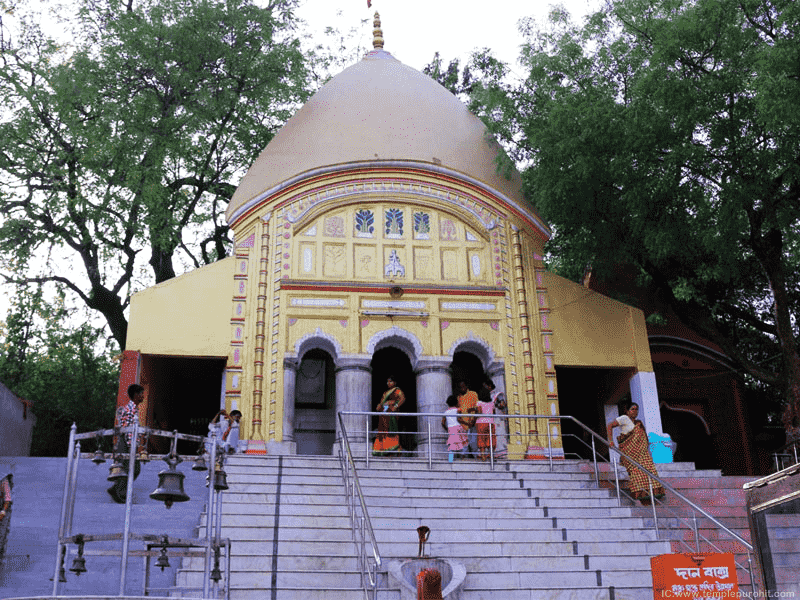 The throat of Sati or “Nala” fell on Nalhateshwari temple. Maa Nalateswri is the residing deity here and it is believed that no matter how much water is being poured down the throat, it will never get overflowed or dried up. The temple is located in the beautiful vicinity of Nalhati, surrounded by plateaus. The Garbha Griha where the deity is worshipped is crowned with a raised pinnacle. According to the mythological tales, Kamdev, the Hindu God of love and desire dreamt about its existence. The shrine of Jogesh Bhairab, Ganesha temple and a mysterious neem tree, located within a few kilometres also attracts many devotees.

Birbhum is home to several temples and Shakti Peethas that attract a large number of devotees throughout the year. Explore these temples near Shantiniketan and you’ll learn many things about Indian mythology and folklore.